You are here:
Getting BasicReference 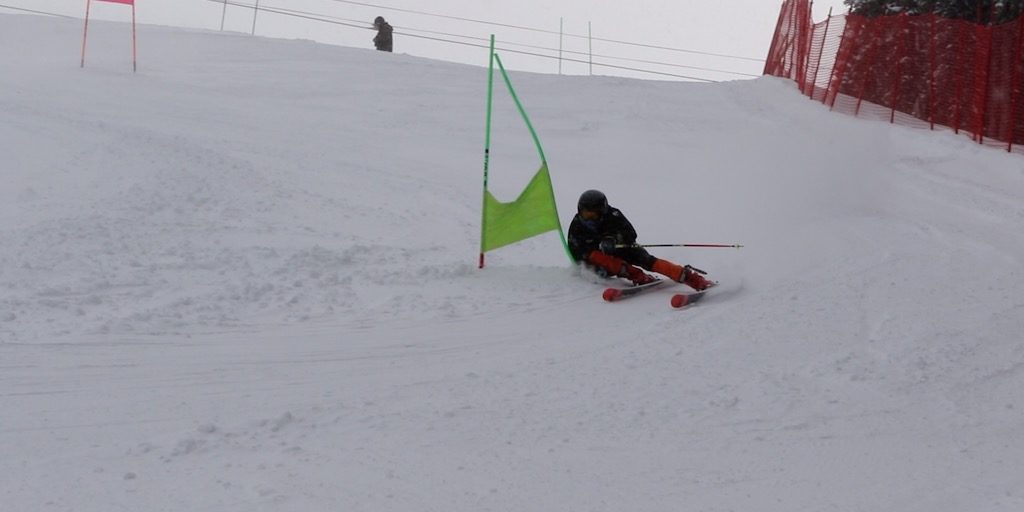 Stivvy or stivi or stivot? what is it??!! You might hear someone say “She stivvy-ed that turn and got a better line on the next gate”…. but what does it mean?

The term is really a two part abbreviation: St [steering] + ivot [pivot]; literal translation would be steering pivot turn. You are making a (usually) high speed skid and pivoting the skis to adjust the line (steering) re-direction usually above the gate.

The Pivot part of the turn is achieved by turning the ski about its axis at angle from its current direction of travel.

Contrary to popular belief skidding tops of turns is not “fast”. The Stivot is often over-used by young racers and can become a crutch or bad habit. The perfect arc of a carved turn with proper pressure and release at apex will always be the fastest turn. HOWEVER, the stivot is a critical skill that has purpose!

Nick demonstrates a Stivot turn on his Rossi 182’s. This turn does not need to be stivot-ed. He is just getting a feel for these skis on the first run with them.

Note: this is a very “mild” stivot to make an adjustment. The outside ski is unloaded, then the outside knee is re-engaged to lock in the new angle. But, it was not needed, so, you can see he makes the adjustment much lower than normal – usually a stivot is made above the gate.

Much more aggressive parallel stivot turns are demonstrated in this video by Tommy Ford:

Final thoughts: the stivot is just one more weapon or tool that needs to be learned and perfected. But, just as every problem is not solved by a hammer, so too, not all turns require a stivot.